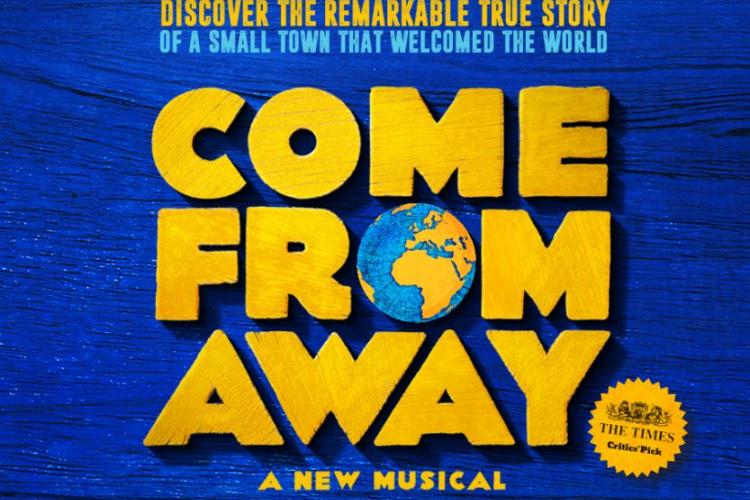 Come From Away tells the true story of how welcoming the small Newfoundland community of Gander was when 38 passenger aeroplanes were forced to land there on September 11.12 cast members play 84 characters during the show, changing characters by making simple costume changes on stage. The show is currently on at the Phoenix Theatre in London.