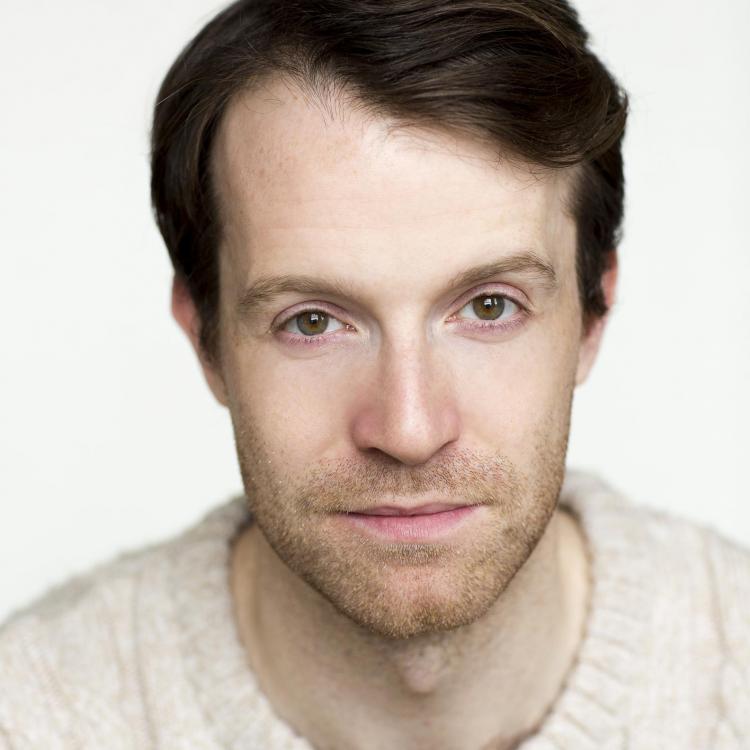 "Keep going. There are going to be times when you will want to give up, pack it all in and go back to a “normal job” but keep pushing forward! So many people in this world are doing a job they hate. You have a chance to follow your dreams, so take it."

Can you explain your current role within the theatre industry?

I am still performing as an actor in theatre, film, regular improvisation shows and commercials all over the world (HSBC, Regina Blitz, EE, Dutch Lotto, to name a few). I created Mad Monkey Improv in September 2013 to perform regular improvisation shows in the Berkshire area. We have just celebrated our 5 year anniversary. While not performing I have set up “Improv4Business”. We provide tailor made courses that develop soft skills using improvisation. So using my teaching and coaching experience to train those in the corporate world.

Had you always wanted to pursue this career? How did your interest begin?

Improvisation was something that I had always been interested in. As a kid I loved Whose Line Is It Anyway. I wasn’t great at it while at GSA, but a few years after graduating I wanted to give it a go again. I took classes, read books, and kept practicing.

In January 2017 I wanted to progress my career in the teaching world. I had been teaching at a variety of different stage schools and performing arts colleges etc (and still do!), but I had hit a limit. I was working as much as I could when I wasn’t performing, but I couldn’t advance any further without giving up my acting career (which is something I didn’t want to do). So I started looking how I could use my acting training to build something new.

In your opinion, what are the most important skills to have in your chosen genre?

Hard work. Accepting rejection. Being willing to fail. Resilience. The ability to coach people as well. And that skill only came from all those years teaching children and young adults.

I’ve written over 10,000 emails, contacted thousands of companies, and spent hundreds of hours reading and making notes. I’ve been rejected, and told no many times, and I’ve wanted to give up many times. But I’ve kept pushing forward. With every failure and rejection I have learned something new and grown from the experience. So the most important skill is resilience I would say (and lots of hard work too!)

For improvisation: Letting go of my ego. Being willing to accept other’s ideas and try new things without judging others.

For commercials: Keep pushing. It took me 3 years out of GSA before I got my first commercial job, and then another 2 before I got my second one. Then in more recent years I've ended up doing quite a few of them. But i've still had so many more no's than yeses, and some have really hit me hard.

But I've learned to love auditioning for commercials (and I think improvisation has really contributed to that). You go on, do your stuff, and remember to have fun with it. If you're not having fun, then what's the point?

What do you consider to be the most exciting part of your work?

For improvisation: Not having a clue where the show or story will go. It’s all down to audience suggestions, and that is the most exciting part. You cannot preplan what is going to happen!

For business: I love negotiating new contracts with organisations. Going into a room with representatives of a company to discuss how we can help each other grow as businesses. Then sitting at a table or over the phone to discuss the nitty gritty bits!

Then when I actually get to deliver the training that I have developed myself. All those long days of developing material finally paying off. As Tony Robbins once said “People are rewarded in public for what they practiced in private.”

What attracted you to choose the GSA?

I had known a few people that had been to GSA before me, so had heard good things about it. Then when I went to have my first audition I fell in love with the place.

What is your strongest or happiest memory of your time at GSA?

The Greek project in first year when we did the Orestia and I played Apollo was one of my strongest memories. I really enjoyed that project and have used some of the work in my own teaching. My happiest memory will have to be the friends that I made while training at GSA. I am still good friends with some of them to this day and we always try to see each other when we are performing which is great to have!

What were the best things about your training?

Failing. Learning that I am going to fail in life, and that it’s not the end of the world. You pick yourself up and learn from what happened, and move on. It also taught me the importance of hard work.

How did you change as a person during your time as GSA student?

When I started GSA I was 19, young, and quite immature. I also could barely grow any facial hair! And if I’m being honest, quite lazy. I did the bare minimum to get by. But during those 3 years I learned that you cannot be lazy in this business. You cannot coast by. You have to put the time and effort in if you want to succeed.

I’ve learned so much since leaving GSA. Some things took some time to kick in, and I needed worldly experiences. Working with actors who have been in the acting business for years, and working with directors from all over the world has really helped too.

What one piece of advice would you give to people considering GSA?

Listen to the advice and feedback from your teachers, and be willing to try out new things that might feel a bit alien to you. Take a risk and try something new!

Go see the shows that GSA are putting on in their 3rd year. See the high quality of talent that is there. Ask current students about their experience and see if you would enjoy that. Also go to the West End and see how many GSA graduates are dotted all over the place.