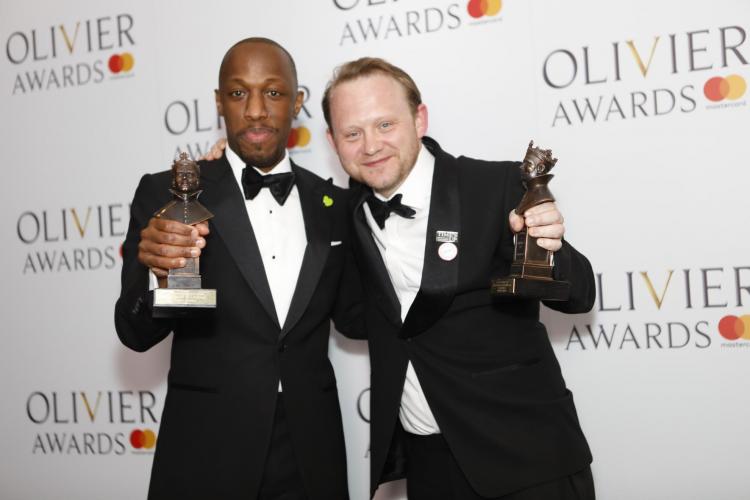 Guildford School of Acting alumnus Michael Jibson received an Olivier for Best Supporting Actor at the recent awards ceremony for his role as King George III in the hit musical Hamilton.

Michael graduated in 2002 from GSA's BA Musical Theatre Course and went straight into the West End in the lead role of Joe Casey Our House for which he was also nominated for an Olivier Award for Best Actor in a Musical.

Michael has had a diverse and very successful career across theatre, TV and film.

Other theatre work includes Brighton Rock (2004) and various roles in the Royal Shakespeare Company's adaptation of The Canterbury Tales in 2005-06. Michael has also starred in movies including Les Misérables (2012), The Riot Club (2014), Beauty and the Beast (2017) and the 2016 Welsh BAFTA Award winning The Lighthouse. Michael’s TV work includes Hatfields & McCoys (2012) Burton & Taylor and The Thirteenth Tale (both 2013).

When asked how he felt about winning an Olivier award in a live twitter interview, Michael described it as “the most surreal experience I’ve ever had” and that he was “chuffed to bits when he got the part”. Hamilton made its London premiere back in December 2017 at the Victoria Palace Theatre and has taken the West Event and Broadway by storm.

Michael is pictured here with Giles Terera his co-star in Hamilton who plays the role of Aaron Burr.